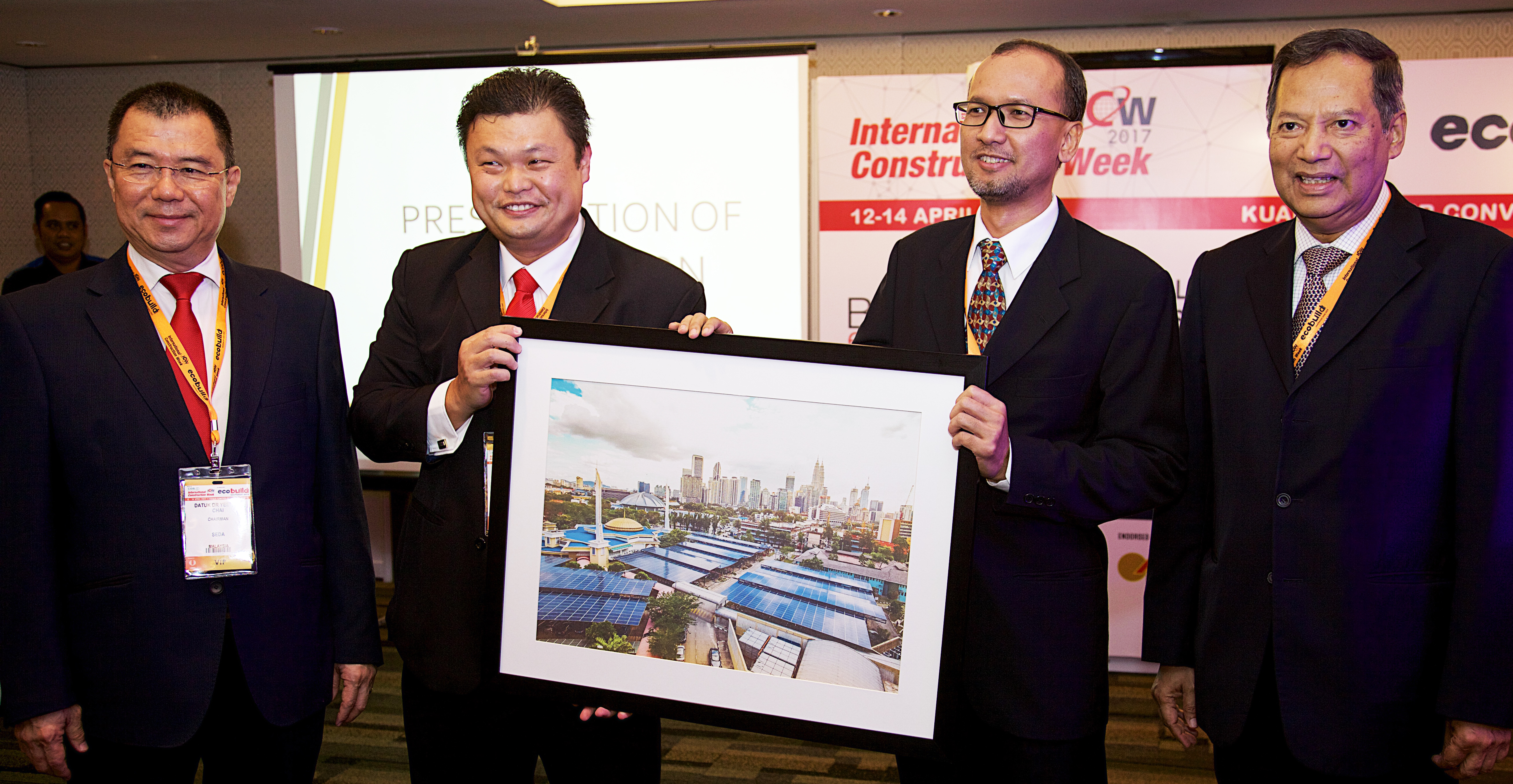 We are pleased to announce that our ‘locally assembled’ solar string inverter range is now OFFICIALLY LAUNCHED!

This is the first solar string inverter in Malaysia to be awarded ‘locally assembled’ status in Malaysia – providing a significant boost to the attractiveness of solar investments in the country.

Malaysia’s solar industry received another boost today with the launch of the nation’s first solar string inverter range that is assembled locally.

The ‘locally assembled’ certification, awarded by the Sustainable Energy Development Authority Malaysia (SEDA), enables solar system owners to enjoy an extra RM0.05 per kilowatt of energy generated from their installations under the Feed-In-Tariff program.

The inverters are assembled in Rawang, Selangor and have been used in several solar projects in Malaysia including a 1MW system in Universiti Teknologi Malaysia – currently the only megawatt-sized installation in the Kuala Lumpur city centre.

The inverters are assembled and distributed by BSL Eco Energy, a subsidiary of public listed company BSL Corporation Berhad, and developed in partnership with GoodWe Co, a China-based renewable energy enterprise with global distribution channels.

“In Malaysia we have been powering our economic development with oil and natural gas, and these resources are depleting whether we like it or not,” said Dato’ Abdul Razak in his officiation speech.

“That’s why the Government is very keen, and very committed to initiatives such as these that cultivate the habit of prudent consumption,” added Dato’ Abdul Razak.

“This certification can provide a significant boost to the attractiveness of solar investments in Malaysia, and at the same time enrich the knowledge and skills of the local solar industry,” said BSL Eco Energy Managing Director Mr Lim Chi Haur in his opening address, adding that a 1MW installation in Kedah could potentially generate additional revenue of approximately RM1.5 million over 21 years.

Mr Lim also announced that BSL Eco Energy’s inverters would be used in a 100MW solar farm in Binh Thuan Province, Vietnam. This is poised to be the largest solar farm in Vietnam, and the third largest in South East Asia to date. A Memorandum of Agreement was signed between BSL Eco Energy and Vietnamese company Green Energy Eco Seido Co Ltd for the first 40MW of the installation during the event to mark their partnership for this venture.

“The farm will sit on around 300 hectares of land and generate enough energy to power approximately 50,000 homes,” said Lim. He added that Malaysians could be proud that a Malaysian green technology product will be used and recognised internationally.

“There are plans to grow dragonfruit plants under the solar panels’ shade. So not only will the solar system contribute to Vietnam’s electricity supply, it can also stimulate the local economy through agricultural industry and job creation,” he said.

In another exciting announcement, BSL Eco Energy revealed their appointment as main contractors to install net metering solar systems for Desa Pengkalan – a 77 unit residential development in Ipoh. The project is developed by Today Frontier Sdn Bhd and is the first project in Malaysia of its kind under the new solar Net Metering scheme. A Memorandum of Agreement was signed between BSL Eco Energy and Today Frontier Sdn Bhd during the event to mark the announcement.

“We believe this will pave the way for other Malaysian housing developers to contribute towards a greener and cleaner future for everyone,” said Today Frontier Director Mr Azlan Ali.

The launch event featured the lighting of a unique ‘solar house’, followed by a tour of the exhibition.

About the inverter range

An inverter is an integral component of any solar photovoltaic installation. When solar panels receive sunlight, they generate DC electricity. The inverter converts DC electricity to AC electricity, enabling the energy to be either self-consumed, or channelled to the grid. 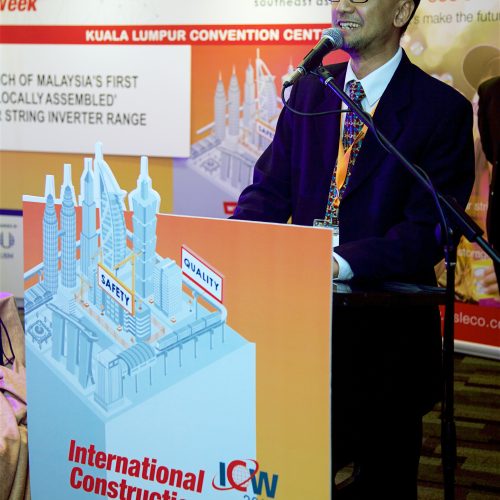 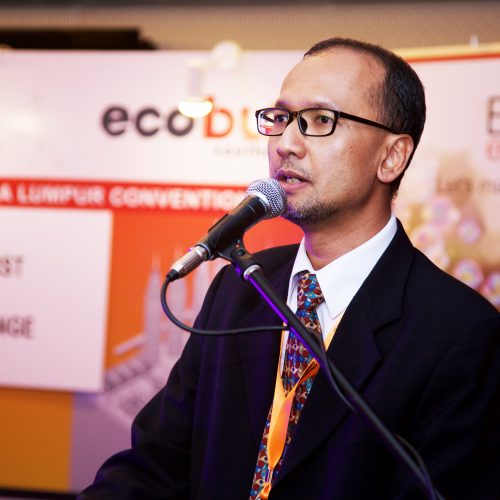 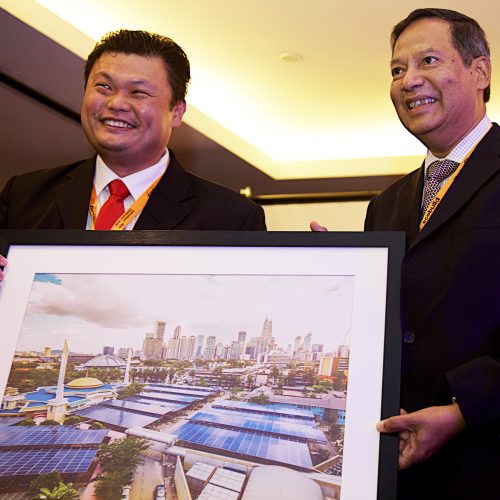 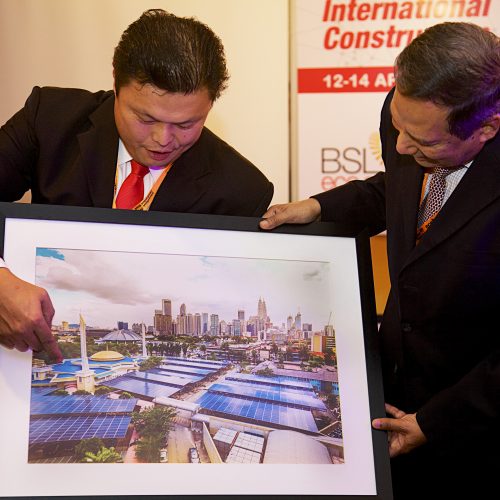 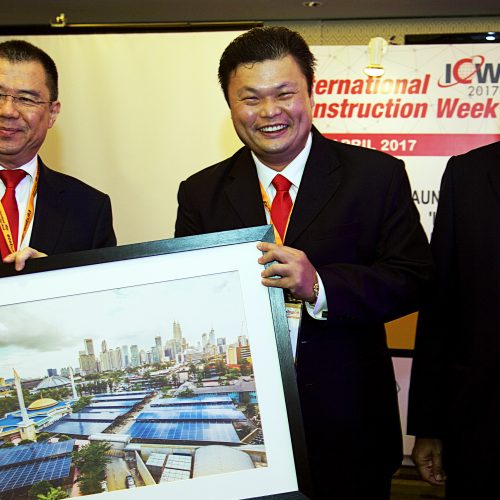 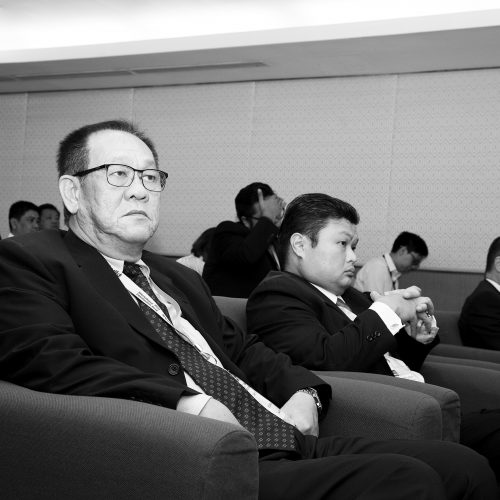 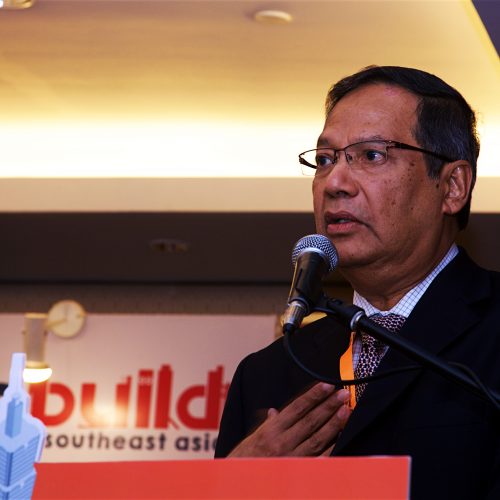 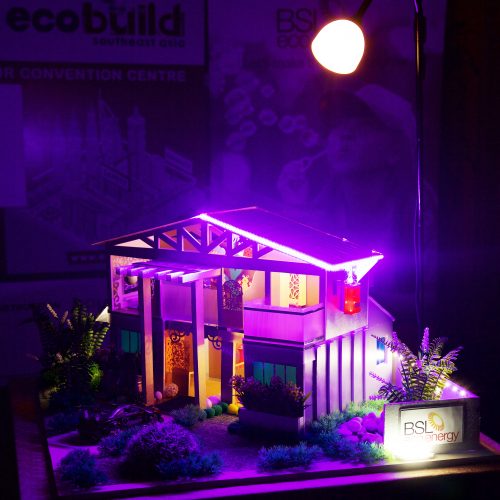 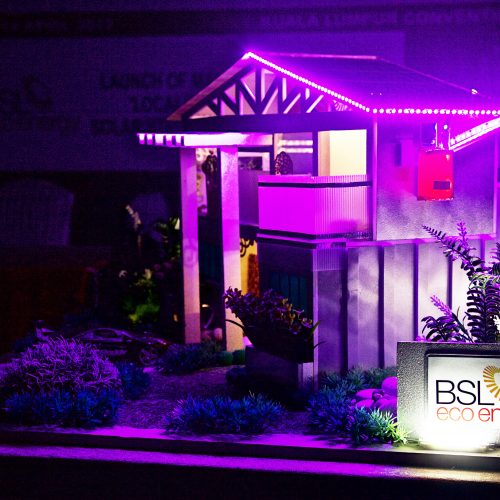 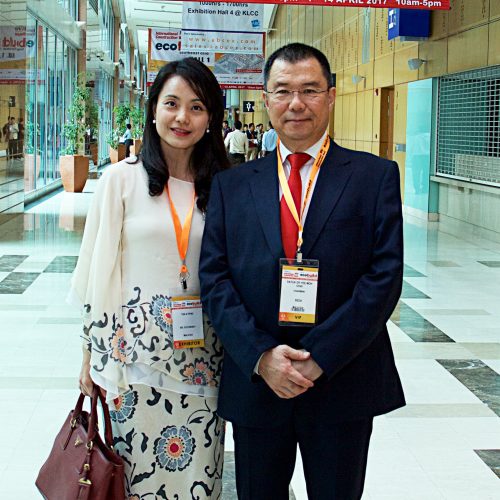 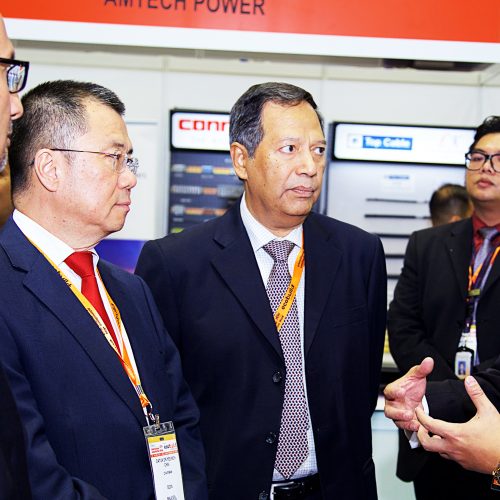 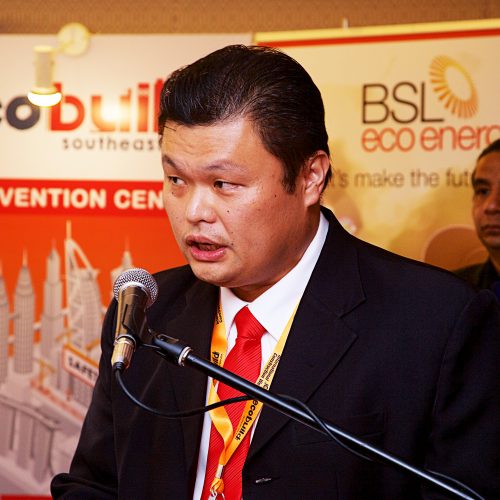 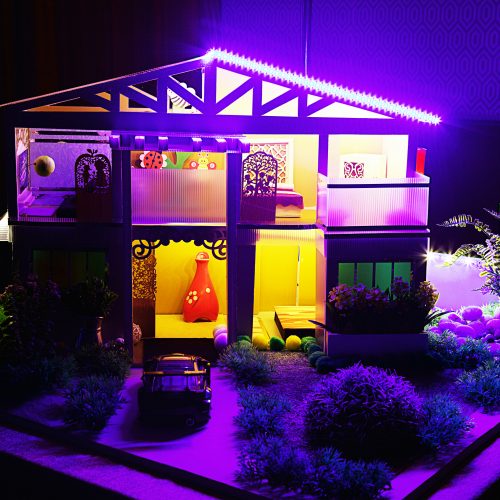 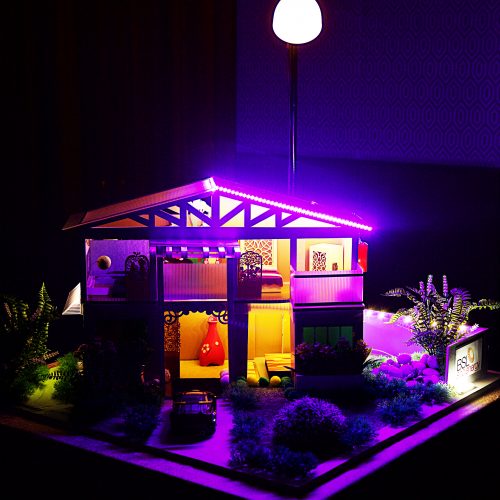 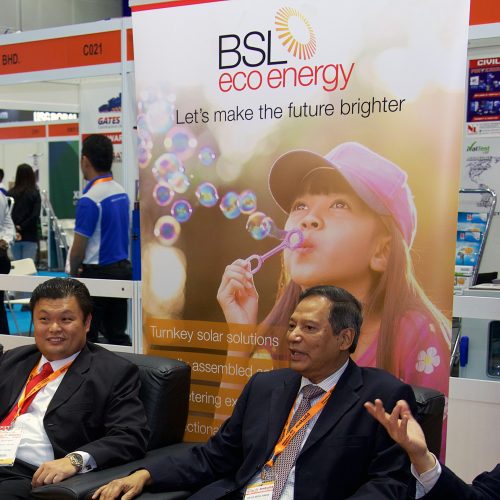 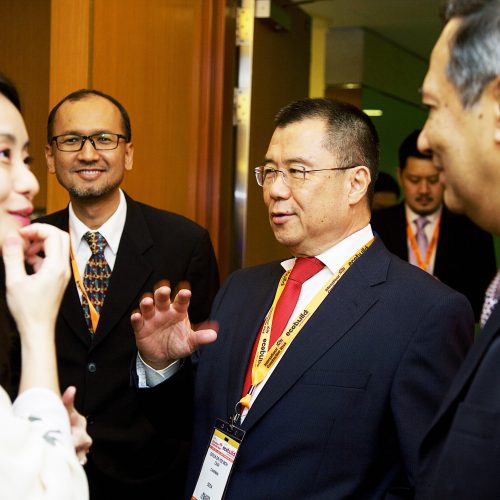 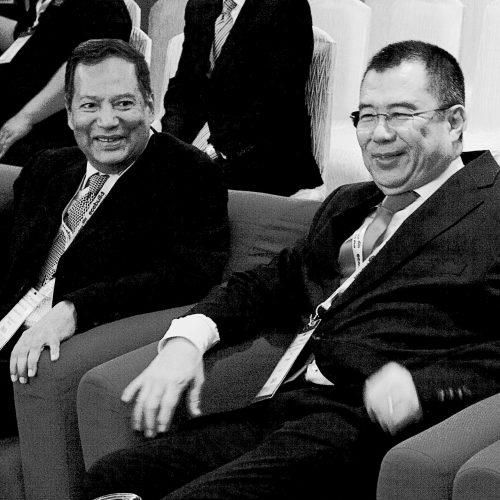 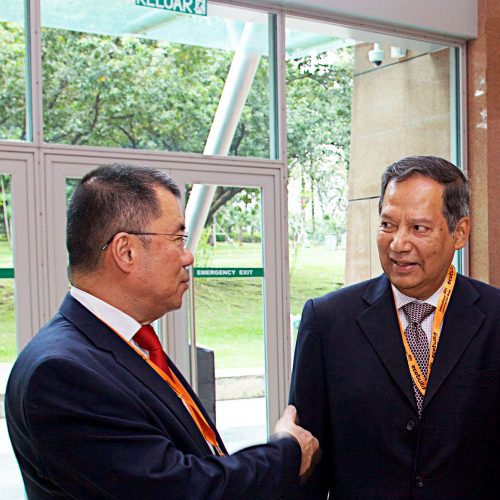 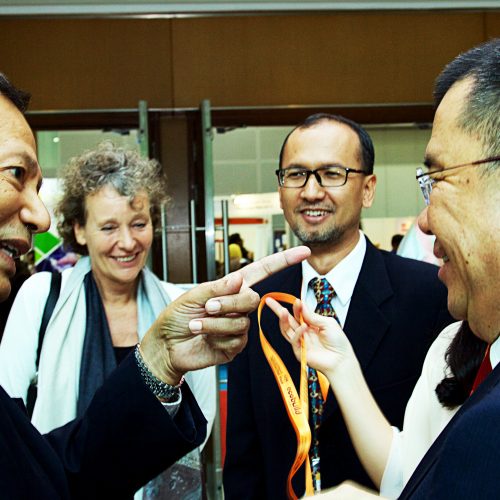 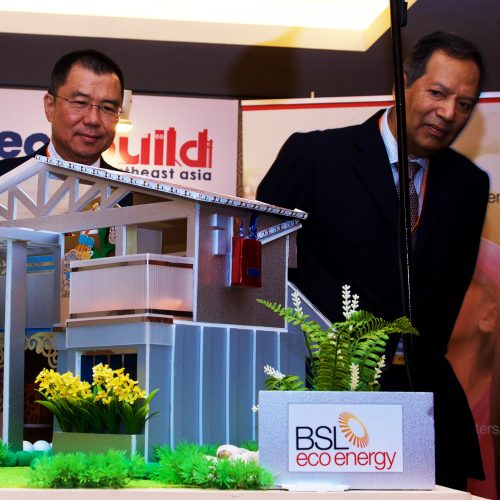 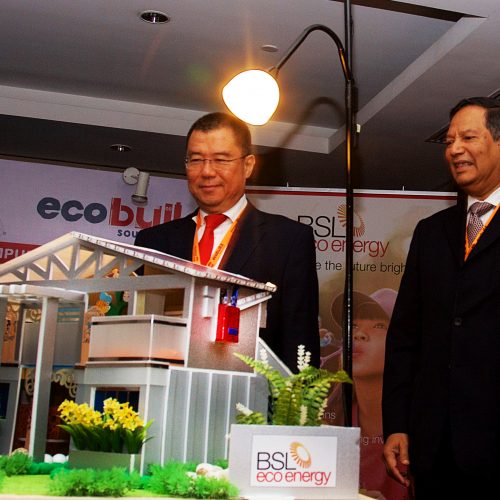